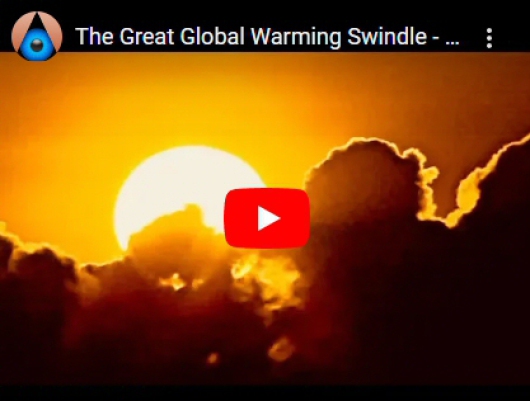 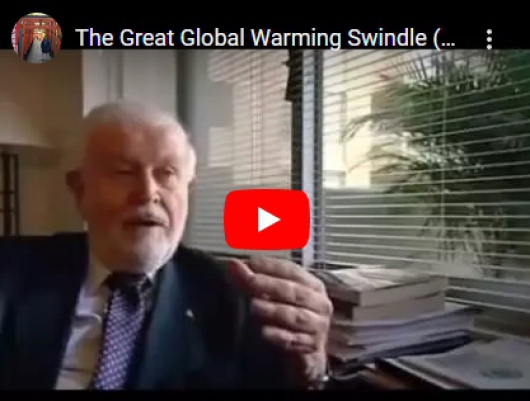 (For a science free from prejudices, impartial.) 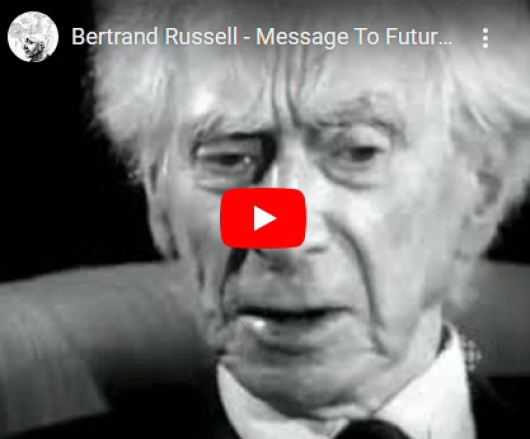 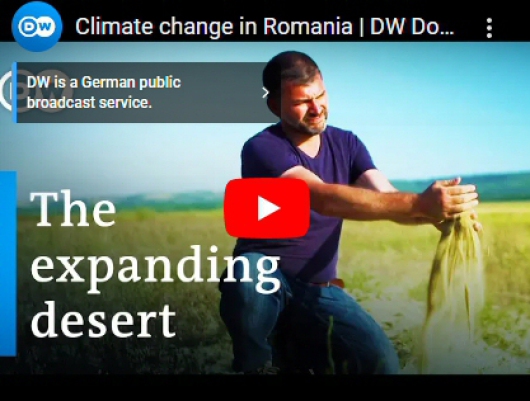 James W. Cornett, one of the world's 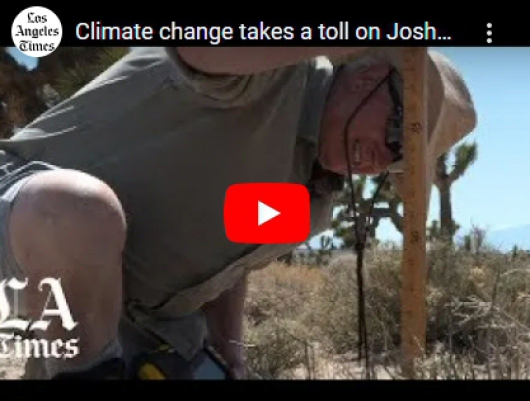 Refuting the theory of global warming due to human activities, and in particular the use of fossil fuels - coal, oil, gas -, does not automatically mean that we use in an inappropriate manner fossil fuels, poisoning ourselves and the planet.

Climate is changing by definition. So it is necessary to adapt, as did the civilizations of the past, while today we certainly do not lack technologies and urban and environmental measures to adapt to any climate change. The moralism of extreme environmentalism is useless and is pure ideology and mystification of reality. The girl who reproaches adults: "you have taken away our future!", can be tolerated. Adults who say the same thing, no. Because, second, if we are all here, it is also thanks to the oil age. This puritanism of the environmentalists of the last hour, applied to ecology, does not help us to solve problems. And stop with the mercantile environmentalism, just to sell anything.

The climate is not like home air conditioning, with an air temperature that we set and control ourselves. To heat the immense masses of ocean water it takes at least millenniums: it is not with a few “little farts” - the CO2 emissions originated by human activities - that the Earth can overheat. In fact, in the balance of the carbon cycle on Earth, "the little and big farts" by anthropogenic origin are an irrelevant percentage. In addition: the greenhouse effect is exactly what allows life on Earth. 2,000 years ago, at the time of the ancient Romans, and around the year 1200, that is at the time of the construction of the great Gothic cathedrals, global average temperatures were even higher than today, with vineyards growing even in England. In fact, at the current state of knowledge, the factors that determine the climatic changes of the Earth are of a astronomical and geophysical order, essentially due to: activity of the sun, variation on the inclination of the earth's axis and of the earth's orbit over geophysical times (and not of certainly in a few centuries, such as nutation, precession, etc.; i.e. the Milanković Cycles), and introduction by volcanic eruptions of fine dust into the atmosphere.

Demonstrating that global warming is not of anthropogenic origin, that it is not due to human activities, does not mean to say: all right, we happily continue to burn - and waste - fossil fuels in all possible ways, poisoning more and more the environment in which we live.

We have reduced the planet to a landfill. In fact we have poisoned and we are poisoning the planet in all possible ways - earth, subsoil, aquifers, seas, rivers, even the air we breathe is harmful, not to mention the destruction of ecosystems or the extinction of countless living species. This is the problem number one. Not the global warming! But it can be remedied. Such as? Collaborating for the common good. This is the common good, not to selfishly continue to pursue one's own miserable interests.

Someone will think: but... why subdue looking for the truth, rather than going forward with slogans, with obsessive advertising mantras, such as: "global warming" and "climate change"?

Because we end up overlooking the real problem: the poisoning of an entire planet, the destruction of ecosystems, the extinction of living species!!! There are even some idiots who dream of recovering the genetic code of extinct animals such as dinosaurs: incredible! Which dinosaurs? What do we care about becoming starter for dinosaurs? Let's save living species, let's save the environment! Let's save ourselves and the future of the new generations!

But there is even worse than those who dream of resurrecting dinosaurs. There are those who invented the geoengineering, that is, those who think of saving the planet and remedying the poisoning of the Earth, even poisoning the atmosphere! Perfect idiots who would like to spray various substances in the sky all over the planet to control even the weather. In this regard, James Lovelock warned us: why should we replace nature, doing what nature does for free since forever? [***]

In final, from the exhaustion of fossil fuels to renewable energy sources: do we want the so-called invisible hand of the economic market to decide - in a substantially anarchic way - what is good and what is bad? This laissez faire game can be very dangerous, because it can lead to irremediable conflicts and "definitive" wars. Why give the world to idiots? We have to take it back. Let's get rid of all these absolutely useless things: take a closer look, look how much garbage they made you buy​!

Note [***]: I do not remember exactly in which passage of the four books by Lovelock that I have read, with great interest, He uses these exact words. But this same concept, James Lovelock exposes in a more extensive way in the final Chapter 9 of his book "The Revenge of Gaia" in the Italian Edition (J.L.: "La rivolta di Gaia", Rizzoli Publisher, Milan, Italy, 2006), on page 210: "The more we interfere with the composition of the Earth and try to fix its climate, the more we will take responsibility for keeping the Earth a suitable place to live, and in final we will find ourselves actively doing, as hard work, what Gaia has been doing for free for more than three billion years."

On the Central Question of Climate Sensitivity﻿, by Lord Monckton of Brenchley﻿:

Milankovitch cycles  (relationship between the periodic oscillations of the Earth's axis and solar radiation; and the Earth is a giant gyroscope: see "The Theory of Appearances" by Engineer Marco Todeschini).

In this well-informed and hard-hitting response to the scaremongering of the climate alarmists, Nigel Lawson, former Secretary of State for Energy under Margaret Thatcher, argues that it is time for us to take a cool look at global warming. Lawson carefully and succinctly examines all aspects of the global warming issue: the science, the economics, the politics, and the ethics. He concludes that the conventional wisdom on the subject is suspect on a number of grounds, that global warming is not the devastating threat to the planet it is widely alleged to be, and that the remedy that is currently being proposed, which is in any event politically unattainable, would be worse that the threat it is supposed to avert. Argued with logic, common sense, and even wit, and thoroughly sourced and referenced, Lawson has written a long overdue corrective to the barrage of spin and hype to which the politicians and media have been subjecting the public on this important issue.

Václav Klaus: "Blue Planet in Green Shackles. What Is Endangered: Climate or Freedom?", 2007.

The greatest challenge facing mankind is the challenge of distinguishing reality from fantasy, truth from propaganda. Global warming has become a symbol, and example of this clash. The one politically correct truth has already been established, and opposing it is not easy. Future generations will wonder in bemused amazement that the early twenty-first century’s developed world went into hysterical panic over a globally averaged temperature increase of a few tenths of a degree, and, on the basis of gross exaggerations of highly uncertain computer projections, proceeded to contemplate a roll-back of the industrial age. The advocates and promoters of the global warming hypotheses are mostly scientists who profit from their research, both financially and in the form of scientific recognition, and also politicians (and their fellow travelers in academia and in the media) who see it as a political issue attractive enough to build their careers on. The current – so unfairly and irrationally led – debate about the environment and about global warming in particular is increasingly becoming a fundamentally ideological and political dispute. The largest threat to freedom, democracy, the market economy, and prosperity at the end of the 20th and at the beginning of the 21st century is no longer socialism or communism. It is, instead, the ambitious, arrogant, unscrupulous ideology of environmentalism. This ideological stream has recently become a dominant alternative to those ideologies that are consistently and primarily oriented toward freedom. It is a movement that intends to change the world radically regardless of the consequences (at the cost of human lives and severe restrictions on individual freedom). It intends to change humankind, human behavior, the structure of society, the system of values – simply everything. Even through environmentalism boasts about its scientific basis, it is, in fact, essentially a metaphysical ideology that refuses to see the world, nature, and humankind as they really are. It has no regard for spontaneous evolution and takes the current state of the world and nature as an untouchable standard, any changes to which would be a fatal jeopardy. The environmentalists’ attitude toward nature is analogous to the Marxist approach to economics. The aim in both cases is to replace the free, spontaneous evolution of the world (and humankind) by the would-be optimal, central, or – using today’s fashionable adjective – global planning of world development. What is at stake is not environment. It is our freedom.  Václav Klaus.

Global Climate Intelligence Group -  www.clintel.org: "World Climate Declaration" by Ivar Giaever , Nobel for Physics 1973, and may other scientists and researchers: There is no climate emergency", version August 2022 :