on line since 2012, is mainly dedicated to architecture and urbanism. It is not a site conceived only for specialists, but for anyone interested in architecture.

For example, two masters of modern architecture like Frank Lloyd Wright and Le Corbusier, were not graduates. Otherwise looking at the distant past, the Roman emperor Hadrian, the director of two masterpieces of all time such as the Pantheon in Rome and Villa Adriana near Tivoli, not even he was qualify himself as "graduate in architecture". Not to mention the architectures without architects that dot the world: from the trulli of Alberobello in Italy to the tulou in China, from the French cathedral builders in early second millennium up to the oasis of Sahara in the last millennia. Until to get to one of the oldest rights of the world: that of building your home yourself. But this does not mean that anyone can improvise as an architect, especially in our day, in the age of specialism, cloning and absolute conformism.

Second, there is an EXTRA CONTENTS

dedicated to multidisciplinary themes. More: this is a professional and personal website, with cultural purposes. Here is not propagandized any doctrine, nor any final truth. Of course I advertise my projects, ideas and opinions in terms of architecture.

WHAT IS A SYSTEMIC HABITAT?

The principles of Systemic Architectures and Constructions are exposed in my free eBook entitled "Toward A Different Habitat: 36 Projects of Luigi Pellegrin Architect", in Italian, at the moment available in English only the Introduction. The Introduction is available also in Italian, in German, Portuguese, Spanish, French, and more languages.

However, in short, the basic assumption is that nature is systemic. It's still valid that nature is the best teacher, without for this reason divinizing it. All this beyond the form that an architecture or a building can take, because, as is well known, the forms are unlimited.

the common opinion is that architecture is something more, a kind of ornament, the superfluous for rich people. This is a big strategic error. On the opposite many past civilizations have lasted for a long time exactly because these civilizations have recognized the fundamental and organic function of architecture in the society. Here it is proposed to follow the way of systemic habitats and long-term strategies.
IF THE
Systemic Habitats' principles will be emulated in the future, this will be one more step towards liberation from current building practice, given by inhuman piece's logic, the sum that is never a sum, which results in the anonymous modern cities: “the old pie crust”, as rightly Frank Lloyd Wright called them, more or less.
The name for the theme we are dealing with here is not random. Habitats indicates the spaces of living, the places where people live and carry out their activities; from the basic living cell, to the architectural organism, up to the urban and territorial scale. While the adjective Systemic indicates that the components of a given architecture or construction make system with each other.
THAT'S ALL?
No, because the evolution of a project is never linear. It has no limits, it is not predictable. Two, three good ideas and you can create a world, a new dimension for people. It's wasted time to enunciate a recipe ready to use for any occasion, or formulate a program, or define an algorithm. Therefore, here and in my e-book we rather indicate a direction, a method among the many possible and not "the method". Examples are given by realized and unrealized projects. In other words, architectural research cannot be channelled and limited by theorizing of any kind.
The history of architecture and urban planning shows how long any formalism last: not for long, having been born old, an example: the Postmodernism. Time before the postmodernist formalism, one master of modern architecture like Le Corbusier, about his famous Modulor, a system of architectural proportioning he conceived and based on human dimensions, it seems to have said paradoxically: “Le Modulor? Je m'en fiche! Quand cela ne fonctionne pas, il ne doit pas être appliqué." The Modulor? I don’t care! When it doesn't work, it shouldn't be applied. In other words his clear rejection of any formalism. So it's a matter to define an architectural language for contemporary life. It's a question of raising the qualitative level of  common building practice.
THIS IS POSSIBLE
only by following the high road of continuous architectural research. Since we are always talking about organic architecture. There are no shortcuts.

We stop here, at the doors of a future unknown to us. 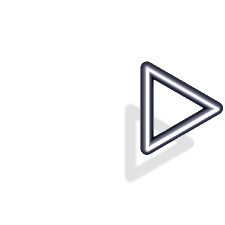