And the Kutta-Joukowski theorem,

the mathematical formulation of Magnus effect. 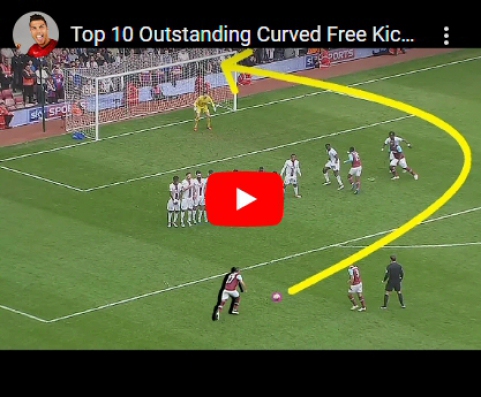 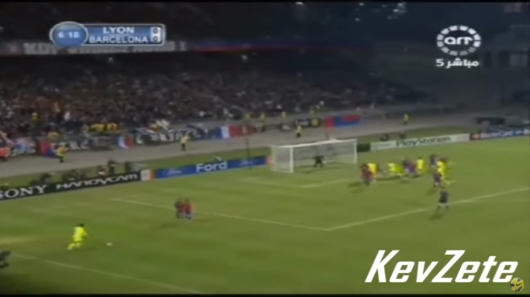 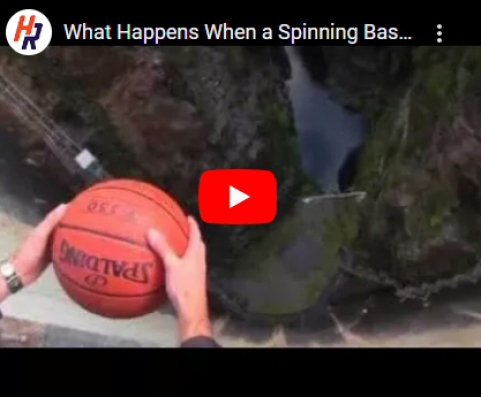 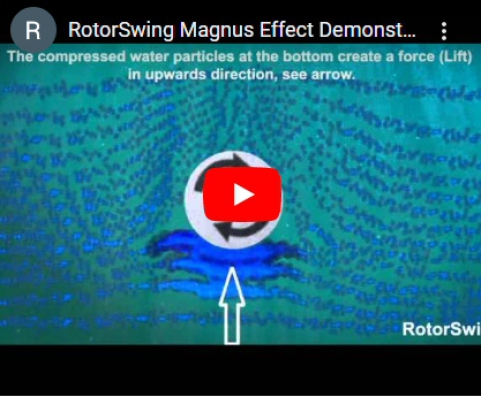 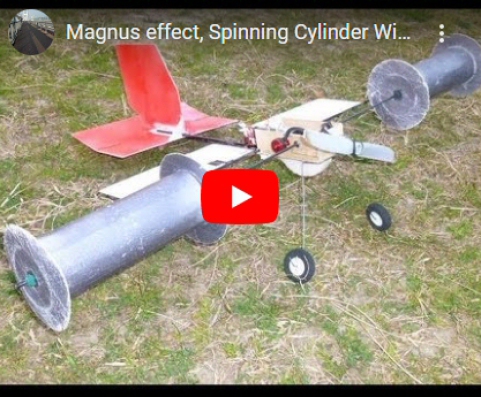 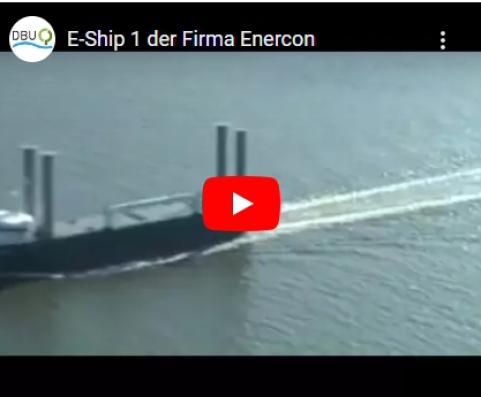 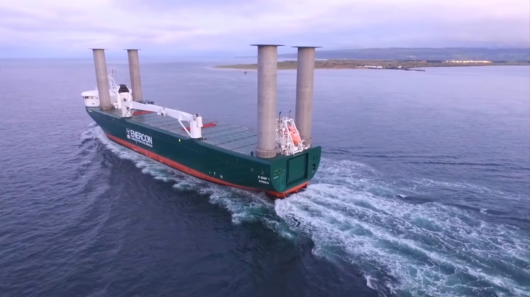 A simply approximation of 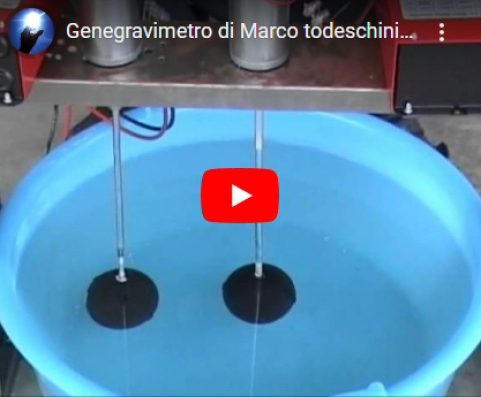 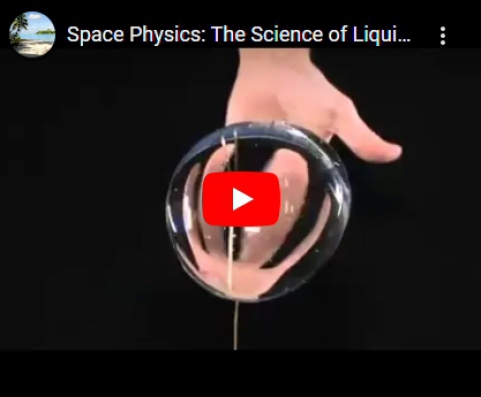 The Magnus effect and 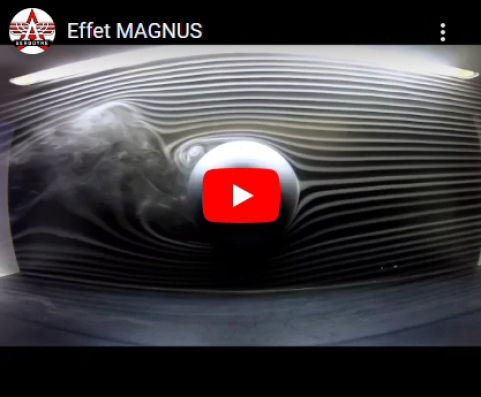 The Kutta-Joukowsky theorem, the mathematical formulation of Magnus effect, Wikipedia.

The Rotor ship, a technical application of Magnus effect by Anton Flettner (1885-1961), Wikipedia.

The Flettner rotor, a technical application of Magnus effect by Anton Flettner (1885-1961), Wikipedia.

A VERY SHORT INTRODUCTION TO

by the Engineer Marco Todeschini:

1) If we assume a dynamic ether instead of a static ether, then the interpretation of the Michelson–Morley experiment changes: the etheric flow exists and it is dynamic (it has movements of translation, rotation, oscillation).

2) The three-dimensional space is nothing else a very thin substance in perpetual movement: the incompressible weight fluid dynamic space (in Italian: "lo spazio fluidodinamico ponderale incompressibile") postulated by Marco Todeschini.

So the fluid dynamic space is: not compressible (incompressible); with elemental components infinitely small, but with a spatial extension (weight) different from zero, so different from the nothing; it's a fluid; it's always dynamic, always on the move; it coincides with the space and it has infinite extension in three dimensions.

4) The entire physical universe has a self-resembling dynamic structure.

Image from "The Theory of Appearances" by Engineer Marco Todeschini,

5) The Physical World is structured from infinite dynamic spherical systems that rotate around a local own axis.  Each of the local rotating systems also oscillates and translates.  Marco Todeschini defined these systems as "spherical center rotary field" or "Todeschini rotating field"  ("campo rotante centro-mosso").

6) The single Center-moved rotating field" has an "onion" dynamic structure:

spherical crowns quarries that run with different rotational speed, one after the other, according to the laws of Fluid dynamics. 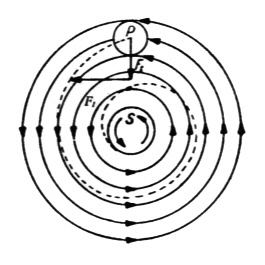 from "The Theory of Appearances" by Marco Todeschini, 1949, Bergamo, Italy. 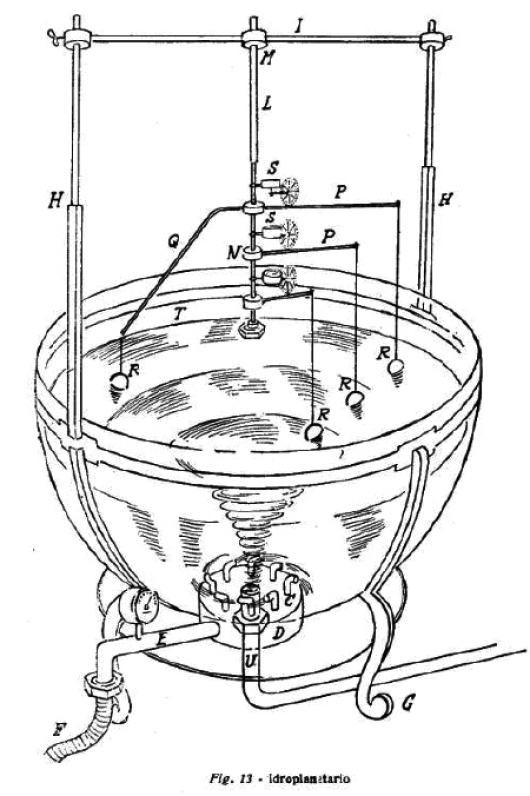 from "The Theory of Appearances", by Engineer Marco Todeschini,

7) The Magnus effect is the reason of attraction or repulsion between different Center-moved rotating fields.  Nothing of magic, nothing of mysterious: this is the gravity phenomenon. The gravity force is not love, it's not God or matter that loves you!

8) Etc., etc., et ceteram: in this very ultra short introduction we do not speak of many details ... so if you want more details, see all the works of Engineer Marco Todeschini.

Images from "The Theory of Appearances",  by Engineer Marco Todeschini, 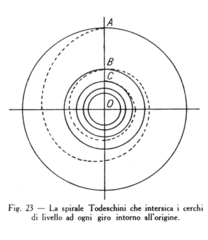 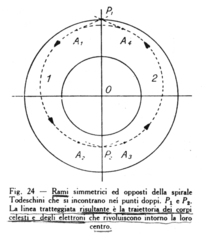 taken from the work "The Theory of Appearances",

- Because the fluid dynamic space is a fluid, the Bernoulli’s principle is the fundamental equation of the universe:  from this equation we can derive all the other equations of Classical Physics.

- Classical Physics and all its individual disciplines are sufficient to explain every phenomenon: chemistry, electrodynamics, optics, etc. In this way, following the Theory of Appearances, all classical specialist disciplines they can be unified.

- With the Theory of Appearances Physics is minimally reformed, it's not revolutionized.

- The electromagnetic field and the gravitational field are unified.

- The T.o.A. (Theory of Appearances) by Todeschini explains the quantum leaps and precisely determines the orbits of any system at any time: solar systems, planetary systems, molecular systems, atomic systems, subatomic systems. It determines exactly any oscillatory motion of the "Terrestrial Gyroscope" (exact determination of Milankovitch cycles). It also explains why the Periodic table of elements, it reforms the Periodic table of elements, but does not revolutionize it.

- The Theory of Relativity and Quantum Electro Dynamics can be forgotten.

- Chaos exists only in the mind of idiots.

- Etc., etc., et ceteram: in this very ultra short introduction we do not speak of many details ... so if you want more details, see all the works of Engineer Marco Todeschini.

- The electric production companies and the car factories can finance all research for low-cost electricity production and energy management.

The precious oil and gas resources can thus be used only for: plastics, medicines, chemical fertilizers, building and furnishing products, etc.

- Because the universe is infinite, and most likely full of planets similar to the Earth, but uninhabited, then ... the extraterrestrials will never invade the Earth!!!

- Because the universe is infinite, the billions of terrestrials can disperse themselves in the universe: it's not a problem!!!

10) In the physical universe there are only collisions and conservation of momentum.

11) What is the matter? A matter atom is a spherical portion of dynamic ether (fluid dynamic space) in rapid revolution around its axis  (the "famous "Center-moved rotating field"), at a rotational speed close to or higher than that of light.

The famous formula E = mc2 tells us nothing more than this: the rotational momentum, or its kinetic energy, of the nucleus of an atom is ... enormous !!!

To say that energy is matter, does not mean anything at all.

Here's the concept: any fluid flow that moves very fast ... it will seem solid.

Atoms, molecules, and macromolecules, etc., are billions of billions. Why when I touch a wall, I can not penetrate it with my hand? For the reason that has just been said. The aggregates of macromolecules, which make up the wall and its surface, revolve around its axis in systems, and at very high speeds, with a certain spin (direction of rotation). If instead I put a hand in the water, the water is deformed and I put my hand in the water. Because? Because the molecules of water do not attract themselves intensely enough to resist their mutual distancing. In other words, water molecules do not rotate rapidly enough around their axis to overcome, overcome, any disturbance action of their rotational dynamic state of mutual attraction. In macroscopic terms, it is said that water does not resist shear stresses. But this last is only an empirical observation of how, right yes, but empirical, experimental, it is not yet an explanation of why the phenomenon.


12) What is energy? What is a force? What is acceleration?

These are all chimeras, pure mathematical concepts, useful in a formula or to solve an equation. Acceleration, energy, force, are things that can not be found in nature, pure mathematical, mental, abstract concepts, useful for our human purposes. In nature there are only instantaneous speed, momentum, and conservation of momentum: collisions, only collisions between matter, and in the final analysis, only rotations, translations, and oscillations of ether, the fluid dynamic space.

13) What is electricity? What is magnetism? What is the sound? What is gravity? One more time, in the final analysis, they are only rotations, translations, and oscillations of ether, the fluid dynamic space.

14) The movements of the dynamic ether, bumping the receptor organs of our senses, through the electrical signals that run through the bundles of nerves of the human body, finally reach the biological electronic control unit of the human brain, then these signals are rapidly elaborated and synthesized in a single signal that is transmitted from the brain to the Soul, or Psyche, or Intellect, or Mind, or Spirit (... call it how you want!), producing sensations in it.

The Soul is immaterial and exists only in the unidimensional Spiritual World.  The Spiritual World is as real as the biophysical world, but it has no extension.

Augustine of Hippo: "if the terms of an affirmation can not be reversed, then it is false", so in this case, in the first analysis, it is not falsified.

Marco Todeschini: "I think and I feel sensations, so I exist".

According to René Descartes and Marco Todeschini this is the objective proof of the existence of the soul, together with the following proof:  if the soul is only our brain, which is matter, how does matter have its own will?

Marco Todeschini has made hundreds of discoveries, but he has not discovered which is the channel through which the brain communicates with the soul. But Marco Todeschini has determined and quantified exactly the "how", with its 10 psychobiophysical equivalences.

15) At this point we are at a crossroads, without a Descartes, a Todeschini, or a Newton, or an Einstein, or who you think helps us, and we have to choose between two ways to go:

15-A) The soul, mind, intellect, psyche, etc., is nothing else a software, a biological algorithm that runs in the biologic cerebral circuits, being the brain and the nervous system centering it's nothing else than a biological computer hardware.  And the self-awareness is nothing but the same biological software.
The soul, as a software, an algorithm, however complex, it is without dimensions. This explains why the soul is ... a kind of phantom, that is, immaterial.
However we do not explain the free will, at least when we are really allowed to choose. And neither do we explain the will, nor even the moral, nor even what is good and what is bad.

15-B) Second hypothesis, that of Marco Todeschini. The soul exists in the spiritual world.
All our thoughts, our memories, our feelings, our feelings, exist only within the soul, and it exists only in the Spiritual World.


So, what unites, what binds our physical and biological body to our soul? What connects the physical to the spiritual world? The signal that goes from the brain to the soul, and vice versa, through what travels? That signal can not be transmitted through the material universe, not even through dynamic ether, because otherwise it would remain confined to it.
We are faced with two infinite sets: the infinite material world and the infinite spiritual world, populated by an infinity of souls, and for those who believe in God, inhabited by the Absolute of the Spiritual World, that is God, Lord Shiva, Allah, Buddha, the nameless of Taoist philosophers, etc.
This hypothesis, that of the soul existing in the spiritual world, explains many things: free will, morals, eternal ideas, the good and the evil, but leaves us the bitter in the mouth.

In this way, thinking, feeling and remembering is very easy, and we save a lot of headaches and neck pains! ... Maybe not everyone for those who suffer, but many! (I'm joking, of course.)
Then we could say that it is God who allows us to communicate between our brain and our soul. But it is legitimate to reduce God to a deus ex machina. It is not an explanation. We can not put God at stake every time we understand something.
So the communication channel of the brain and the soul is perhaps the infinite?
Even so, this does not seem an explanation.
Mystery.
But let's think about it: how do they communicate two distinct dimensions?
The principle of action and mutual reaction between the material world and the spiritual world, through what passes?

What is the communication channel between two different entities?

16) In conclusion, experimentally and mathematically, is it worth checking whether the "Theory of Appearances" by Engineer Marco Todeschini has a correspondence with physical, biological, and spiritual reality?

In my opinion, yes. 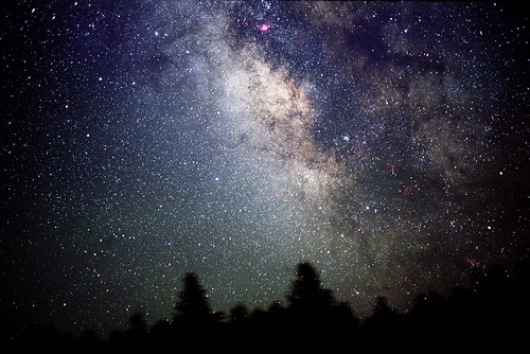 Into the physical world is only the uniphenomenic principle discovered by Marco Todeschini:  the physical reality has no color, no taste, no smell, no light, no shadows, no heat, ... collisions, only collisions,  which,  breaking on the receptor organs of our senses, generate signals that are transmitted through our nerves to our central system, and from here, elaborated, transmitted to our psyche. It's our psyche that gives meaning to those signals.

But physical reality has no color, has no taste, has nothing of what we attribute to it.

It is similar to the film "The Matrix" by Andy and Larry Wachowski, 1999. And following "The Theory of Appearances" (1959) of Engineer Marco Todeschini, Matrix is nothing but your Soul = Psyche = Mind = Intellect = Spirit.