Visions of the future: 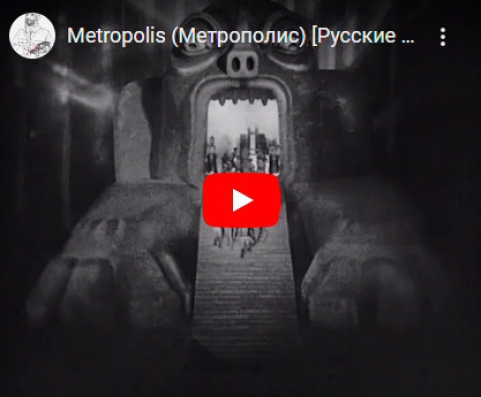 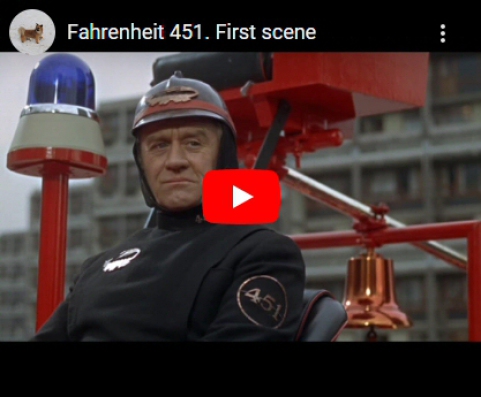 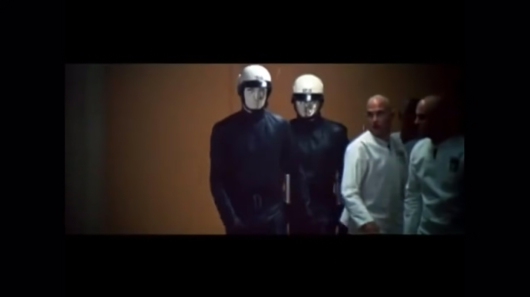 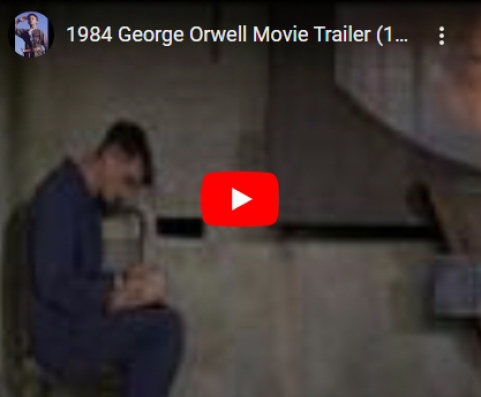 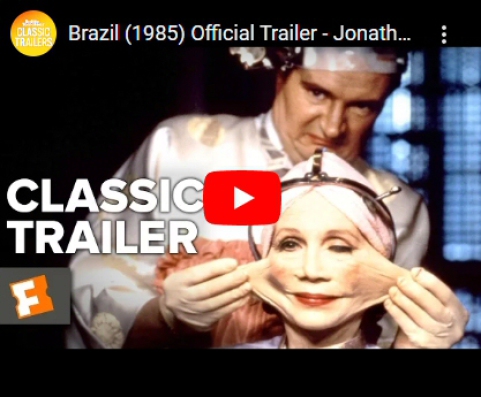 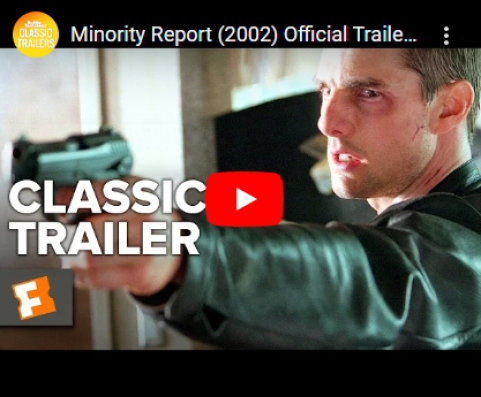 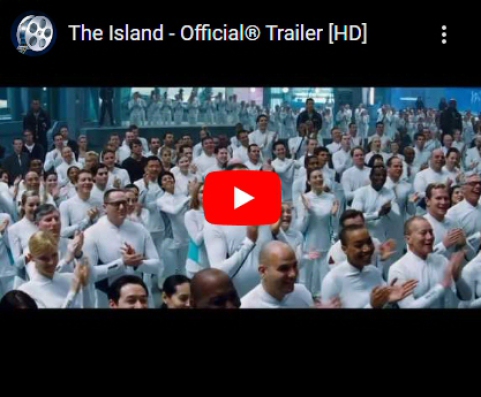 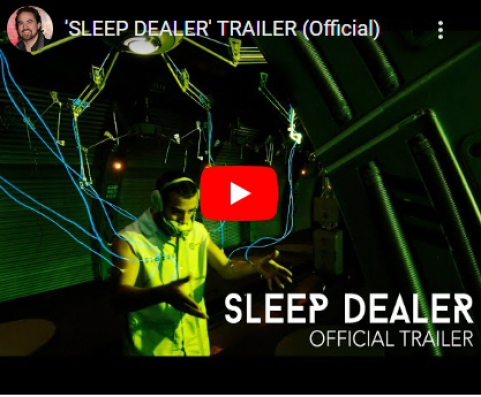 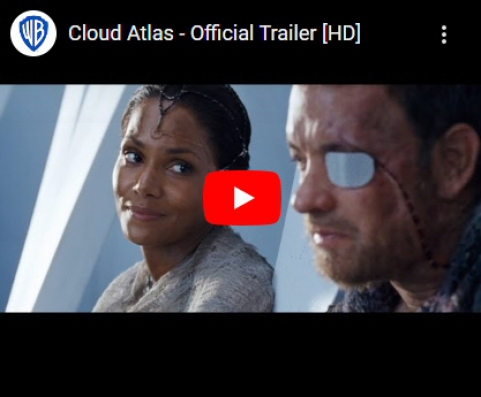 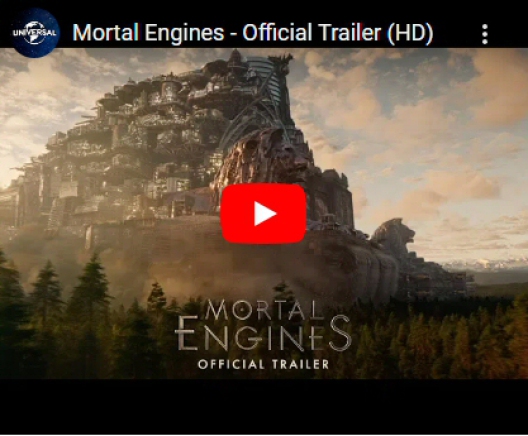 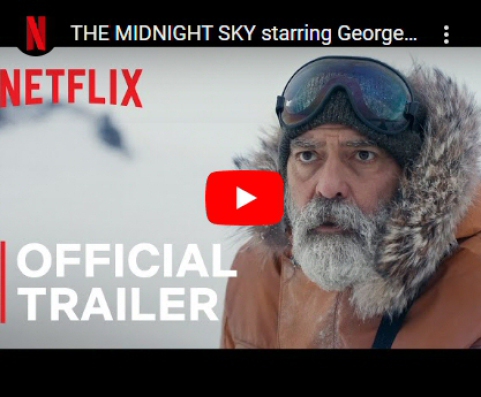 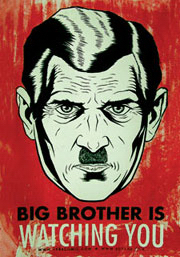 " The book is set in a post-apocalyptic world, ravaged by the "Sixty Minute War", a conflict that was so violent it caused massive geological upheaval. To escape the earthquakes, volcanic eruptions, and other instabilities, a Nomad leader called Nikola Quercus (known as god Nicholas Quirke by the time of the book) installed huge engines and wheels on London, and enabled it to dismantle (or eat) other cities for resources. The technology rapidly spread, and evolved into what is known as "Municipal Darwinism"." ... From Wikipedia: "Mortal Engines" by Philip Reeve.

First published in 1907, this novel is commonly cited as one of the earliest examples of dystopian fiction. At the time the author was strongly opposed to the view of H. G. Wells that a combination of technology and new political ideologies would lead to a boundless utopia for mankind, with religious belief rejected in favor of broad secularism.

Repelled by this popular vision of the future, Benson set out to create his own. Lord of the World was the result of his endeavor: it depicts a future in which the Labour Party abolishes many of the scientific, commercial and religious bodies of the United Kingdom, resulting in a mono-culture of communistic rule. The world meanwhile is split between two superpowers - the Eastern Empire whose rule stretches across most of Asia, and the British Empire.

As the story progresses, the reemergence of religious forces transpires with God appearing to multiple characters. Gradually the forces of organised religion are pushed into violent conflict with the prevailing socialist order.

To this day Lord of the World is praised for its approach to depicting a world where traditions and faith are abandoned in favor of newer ideologies. It has received praise particularly from figures in the Catholic religion, including compliments from multiple Popes. It also predicted several of the 20th century's technological advancements, namely interstate motorways and the mass commercialization of air travel.

Guy Montag is a fireman. His job is to destroy the most illegal of commodities, the printed book, along with the houses in which they are hidden. Montag never questions the destruction and ruin his actions produce, returning each day to his bland life and wife, Mildred, who spends all day with her television “family.” But when he meets an eccentric young neighbor, Clarisse, who introduces him to a past where people didn’t live in fear and to a present where one sees the world through the ideas in books instead of the mindless chatter of television, Montag begins to question everything he has ever known.

Offers offred only one function: to breed. If she deviates, she will, like dissenters, be hanged at the wall or sent out to die slowly of radiation sickness. But even a repressive state cannot obliterate desire - neither Offred's nor that of the two men on which her future hangs.

From the back cover: "George Orwell’s dystopian masterpiece presents a frightening and bleak image of a future under Big Brother - a totalitarian regime that controls not just its citizens’ actions, but their very thoughts.

It is 1984, and the world’s three major powers - Oceania, Eurasia, and Eastasia - are constantly at war. In Oceania, where the Party is in power, the thought police unearth every act of dissent, and Big Brother is always watching. Winston Smith, a dutiful citizen of Oceania, works for the Ministry of Truth as a propaganda creator who rewrites history to suit the needs of the authoritarian government. But when Winston falls in love with fellow worker Julia, they begin to question the very system they work for, placing them in immense danger. Pursuing their forbidden love affair, Winston plans a rebellion against the Party in order to regain the freedom to shape his own future. But the ever-watchful Big Brother will not tolerate opposition, and for those who speak up against the system or dare to think what the Party does not want them to think, Room 101 awaits . . .

1984 is George Orwell’s haunting prophecy of the future, which has held multiple generations of readers spellbound in its chilling and terrifying vision of life under a dictatorship. Powerful and unforgettable, this still-relevant novel, written in 1948, explores the obliteration of truth, individuality, and liberty in a world where the ruling power seeks to control everything, from information to thought and memory."

From the book's cover: "Far in the future, the World Controllers have created the ideal society. Through clever use of genetic engineering, brainwashing and recreational sex and drugs all its members are happy consumers. Bernard Marx seems alone harbouring an ill-defined longing to break free. A visit to one of the few remaining Savage Reservations where the old, imperfect life still continues, may be the cure for his distress... Huxley's ingenious fantasy of the future sheds a blazing light on the present and is considered to be his most enduring masterpiece."

It’s America in 1962. Slavery is legal once again. The few Jews who still survive hide under assumed names. In San Francisco, the I Ching is as common as the Yellow Pages. All because some twenty years earlier the United States lost a war—and is now occupied by Nazi Germany and Japan.

In a parallel modern world, the Roman Empire stretches from India in the East to the Great Wall of Terranova in the West. A runaway slave girl with a strange gift sets out to rescue her brother and seize her freedom, while the young heir to the Imperial throne discovers a plot against his life. For all three, the only way to survive may shake the Empire to its roots.

BOOKS ON UTOPIAS AND OTHER

“The Republic” was one of the many significant works that Plato put out in his life. To understand the historical context of “The Republic”, we first need to understand the life of Plato and major events that happened during that time.These events will then form a coherent picture that will make it clear about the context of the book.

In his most famous and controversial book, Utopia, Thomas More imagines a perfect island nation where thousands live in peace and harmony, men and women are both educated, and all property is communal. Through dialogue and correspondence between the protagonist Raphael Hythloday and his friends and contemporaries, More explores the theories behind war, political disagreements, social quarrels, and wealth distribution and imagines the day-to-day lives of those citizens enjoying freedom from fear, oppression, violence, and suffering. Originally written in Latin, this vision of an ideal world is also a scathing satire of Europe in the sixteenth century and has been hugely influential since publication, shaping utopian fiction even today.

Among Renaissance utopias, The City of the Sun is perhaps second in importance only to More's more famous work. There are striking similarities between Campanella's utopia and More's, but also striking differences which reflect both changed historical circumstances and the highly original nature of Campanella's thought. La città del sole is one of many books written by Tommaso Campanella - philosopher, scientist, astrologer, and poet - while imprisoned in Naples for his part in rebellion against the Spanish and ecclesiastical authorities who ruled his native Calabria.

"Because some of English extant translations of In Praise of Folly are from the 18th, 19, and 20th centuries, I’ve endeavored to present a version with the American reader in mind. Although Erasmus’ cunning, wit, and sharp criticism are timeless, he wrote in Latin. While Latin is a dead language and fixed, American English transforms itself with each passing year so that meanings change. Erasmus deserves not only to be read, but also to be understood." Marciano Guerrero

The Story of Utopias is Lewis Mumford’s first book and is an engaging exploration of the development of the concept of Utopia, by one of the foremost historian and social theorists of the 20th century. Mumford begins with a survey of the major utopias, some well-known, others less so. His survey takes a look at Plato’s Republic, More’s Utopia, Andreæ’s Christanopolis, Bacon’s New Atlantis, Campanella’s City of the Sun, Fourier’s Phalanxes, Cabet’s Icaria, Bellamy’s Looking Backward, Morris’ News from Nowhere, and finally H.G. Wells’ utopian fiction. In the final portion of the book Mumford explores the prospects for Utopia and relates it to the realities of urban planning. The Story of Utopias is a great introduction to this fascinating subject.