BY MEANS OF DECENTRALIZED DESALINATION UNITS 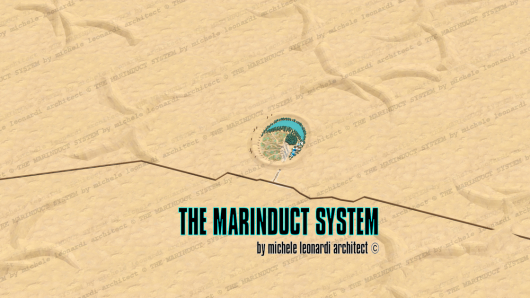 written about the "Oasis Habitat",  in general the oases in the desert are not a natural phenomenon, as most people think it, because they are the product of a millenary culture, the result of a long adaptation of some people to extreme living conditions.

In the oasis everything is artificial, like the drainage and administration of water-resource, like the palm grove that create a local microclimate.

Even the dunes are artificials, both to create along with palm trees a local microclimate  (crops' shading, reduction of evapotranspiration) and to protect palm trees and crops from wind and sandstorms.

what do we propose again?

the integration beetwen the new oases and Marinducts, or rather the creation of new oases, through the supply of desalinated sea water on site, according to the needs of the individual oases.

Not a large initial desalination plant, and then a normal freshwater aqueduct, on the contrary a Marinduct and many little desalination stations, associated and functional to the various new oases.  In this way work is created locally and the various communities of the individual oases are directly responsible.

the Marinduct does not exclude the use of drained or pumped fossil ground water, nor the use of large industrial desalination plants, indispensable for the large urban aggregates that arise in the desert and arid areas.  The Marinducts are one more, they are an additional possibility of finding water for new and old habitats in the desert.

It could be objected that the supply of sea water through the Marinducts is a weak point for the communities of the oases, which would depend totally on the Marinduct.  But as we have already said in the previous pages, nothing prevents the accumulation of fresh water in the reservoirs in the oases, in order to deal with water emergencies in case of temporary interruption of the water supply from the Marinduct.

And then what to say about the great problems that even the happy irrigated lands of the world have, those where the water  (rainwater, groundwater, seasonal glacier thaw, snow thaw, lakes, rivers, dam basins, etc.)  is not in short supply?

Unfortunately even in those happy lands there are great problems and therefore great dependencies, dependence on an ideal steady state that in reality does not exist, since the weather and climate change by definition, otherwise it would be a dead planet like the Moon, Mars, Venus, Mercury.  So even in the happy lands full of fresh water they are big problems: floods, tornadoes, frosts, hail, and on the contrary, seasonal droughts or even prulungate over the years, even for decades ... it's part of life!

Ergo, "there is no rose without thorns", the Marinduct has a weaknesses, it's right, but it also has a great strong point:  the seawater, although salty, is not scarce in our Planet Earth, so much so that rather it should be called Planet Ocean.

in embryonic form also the possibility of creating large underground spaces below the artificial dunes;  hypogeous spaces at the service of the community, usable for specific activities, as well as for cooling the houses of the oases.

All this is represented schematically in the drawings of this page as a large circular tunnel with transverse secondary tunnels.  Still in these drawings, we mention the fact that the large tunnel is connected to the air intakes oriented to the prevailing winds, that is so-called "wind towers". Furthermore, the lower part of the large circular main tunnel can be used for accumulating excess fresh water.  Water mass in turn useful for thermal and bioclimatic regulation in underground spaces. But also to humidify the indoor atmospheric air in the oasis houses.

Therefore, before making the artificial dunes, tunnels and underground spaces are built, as well as the windtowers and lightwells.  Later these buildings, destined to community and specific activities, they are covered with a big sand mass.

In this way the dunes over the hypogeal spaces, this sand mass becomes a big shield compared to solar radiation, because acts as a thermal insulator.

Also, more importantly, the mass of the artificial dune thus guarantees  (with its thermal capacity) the delay and a noticeable reduction of the daily and seasonal temperature changes inside the underground spaces, or perhaps even a constant indoor seasonal temperature  (since in any case there are exchanges of atmospheric air between inside and outside).

However the sand masses of artificial dunes, with their thermal capacity and a certain degree of air permeability, even if minimal, probably work however as local thermoregulators for the concavity of artificial oases and for all that they contain.

Not by chance for this and for many other reasons, related to long-term environmental sustainability, the Prof. Arch. Pietro Laureano proposed in one of his books ("The Inverted Pyramid:") "The Oasis Model for the Planet Earth", indeed, it has entitled it just like that.

by-product of seawater desalination, it could also be used as a building material for homes, as well as for storing food, or for exporting it to food or industrial use (chlorine can be made from salt, etc.).  Or again, so as not to contaminate the desert with salt dust dispersed by the wind, and not to contaminate the soil, small oases can be created for the salt storage, and equipped with a concavity, a bottom, waterproofed. 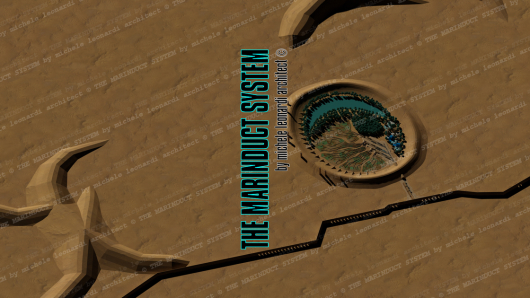 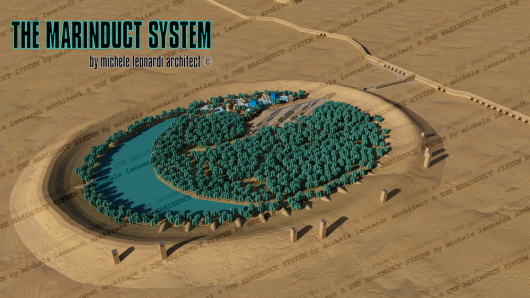 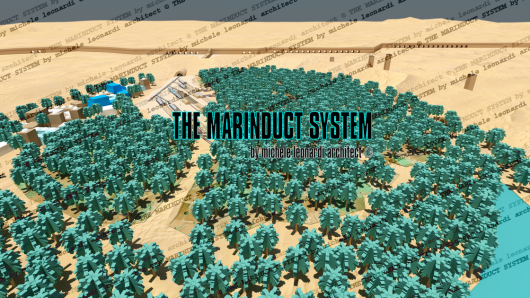 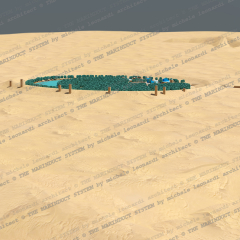 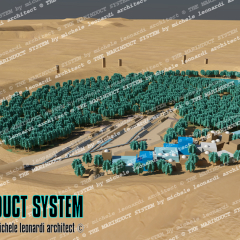 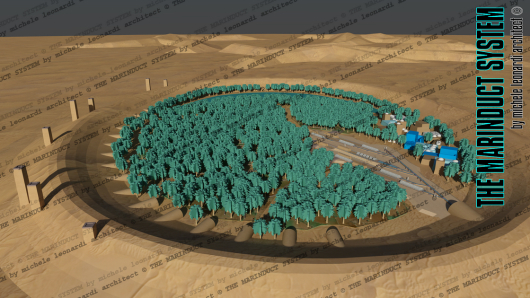 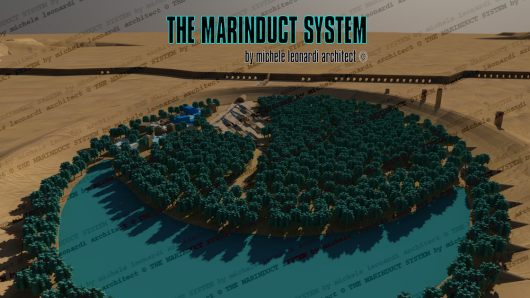 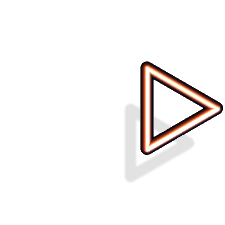