an e-book by Dott. Arch. Michele Leonardi © all rights reserved﻿.

to believe that the city is the invincible sign of all human civilizations. The urban layout stigmatized by Hippodamus of Miletus more than 2,000 years ago, and here reduced to pure parcelling grid, it would be implicit in the existence of all societies; according to this logic supposed spontaneous, the urban bidimensional grid would be an inevitable event, just like the building-box. Two models of housing, that of Hippodamus urban pattern and that of building-box, apparently practical, economic and ... "on a human scale":

1 - A district of Los Angeles in aerial view.

3 - A metropolitan suburb of Detroit characterized by residential

4 - Containers stacked at the Port of Singapore.

5 - Typical residential skyscrapers in high population density located in Hong Kong, due to the small amount of space available in this city, but nevertheless reflecting the ordinary construction practice around world.

common among this set of buildings and containers, is their degree of spatial and functional organization.  As it is known the containers are standardized iron boxes for goods which, in the case of the port, are waiting to be routed to other places.  Up to this point everything is ordinary.  The problem is that the same treatment, namely that of pure objects stacked one beside the other, it is also reserved to the urban buildings, i.e. to the components of towns.  This is the same degree of organization which in general we can observe in a library, in a graveyard, in a parking full of cars.  The global cultural flattening and the conformism they make us believe that this way of living on Earth it appears that is the inevitable fate for the contemporary man: a number between billions of numbers, canned meat, passive objects to put in containers.

With a neologism, we call this millennial urban layout full of building-boxes, "the habitat-city".  As is well known, especially for a century to now, this habitat model (in particular that of modern urbanistic zoning) produces around the world only squalid new suburbs and anonymous cities.  We are talking about "the sum that is never a sum", that is, a set of separate "pieces", which are never linked each other. If we replace the old engine of a car with a new ecological engine, the result does not change: the new car is eco-friendly, but the final result is always the same, the new system is always the same as before, the old car.  Similarly, a new eco-friendly building can not change anything in the context of the city if it is conceptually always and only a container indifferent to content.  In this way the new piece produces no change in the system, the con-temporary habitat-city.

Billions of human lives spended chasing a chimera, that is, an happiness that can never be achieved, chasing an infinity of trends and status symbols, trying to adapt to a non-human reality, that of the habitat-city, an abominable lottery where very few people can win. Let's remember that in nature it wins cooperation, not the competition: Social Darwinism is not a law of nature.

the beginning of the 80's, looks like the case with the advent of economic neo-liberalism, the research for new inhabit models and constructions has stopped, and it has moved into disengagement: so Postmodernism is born.  All at once any previous research has been labeled as utopian, both in terms of typological innovation, and in terms of vision.  For example, what happened to James Stirling, one masters of modern architecture, passed from the Seeley Historical Library in Cambridge to the Neue Staatsgalerie in Stuttgart?  The first building is in 1968 and the second is in 1984: both are his works. Yet they are two typologies and two architectures extremely far from one another, and most of all, there is no intermediate passage between these two works.  This intermediate step is missing simply because there has been a stop of all architectural and urbanistic research, a non-strategic retreat, an abandonment of weapons, a real escape from reality. There has been a disengagement not only of Stirling, but practically for all the architects of the time, with few exceptions, such as Renzo Piano or Richard Rogers (at the time labeled as "high-tech architecture"), Moshe Safdie, Lucien Kroll, Paolo Soleri (branded as utopian), Luigi Pellegrin and a few others, who had not surrendered to the recreational delights of architectural postmodernism.  Look for example at the Solimene Ceramic's Factory in Vietri sul Mare, designed by Paolo Soleri: 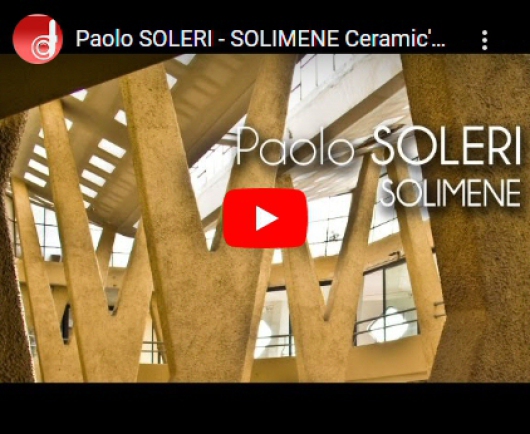 ...In your opinion, does it seem an utopian architecture? i.e. unrealizable? It still works today since 1953! Obvious that it is not an utopia, because it has been realized. Then only a big stupid could say that his architectures are utopian! Yet some have defined Soleri an utopian. Certainly for a sterile society everything is impossible, everything is an utopia. But our immense resource is the human thought, not the gold inside the mine, neither the oil under the ground. In fact, it is the man who has given value to gold, oil, and so on. Oil has been ever under the ground, but it was humanity to make oil a resource. How many other resources could we activate, as a human society, if only we wanted it?

can you do today?

We can forget all old and new formalisms: the Postmodernism, already long past fallen in oblivion, the shadows of Deconstructivism, the rhetoric of fake Green flavored with a magic touch of vegetables, like the forced factitious meadows pasted to the vertical surfaces of buildings.  And we can resume the architectural research from where it was interrupted.  But I think it would be better to learn from those who have never interrupted that research: Paolo Soleri, Moshe Safdie, Lucien Kroll, Richard Rogers, Gernot Minke, Cesare Rocchi, Ralph Erskine, ...Luigi Pellegrin, and a few Others. This is the wisest thing to do.

Contemporary city is the graveyard of our spirit. And if we put "ecological vegetables" everywhere in the city, on the roofs of buildings, etc., nothing will change. I am not reffering to hanging gardens or urban farms. But a building is not automatically ecological just because we put plants on it!  We are talking about "the sum that is never a sum", that is, a set of separate pieces, which are never related each other in no way. In final, here is a metaphor of sum that never makes a sum: 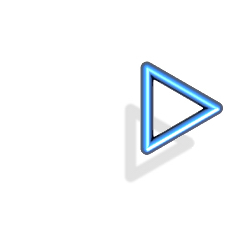