seconds and minutes of wasted time

2 minutes and 42 seconds of wasted time.

For the commercial use or any different use of my animations,

The name of this metaphor by images is not... casual.

In the same way and in the same terrestrial language then try to write two prepositions. And after two sentences with a meaning and linked to each other. Continuing like this, let's try to write any novel of hundreds of pages, intelligible.

How many dice roll will we have to do before something coherent comes out of chance? Under due proportion, an eternity will not be enough for recognize in the midst of so many launches something coherent, with meaning.

Rather than saying that life was born of chance, then it would be better to hypothesize and theorize that life was born from nothing, or alternatively, that biological life has always existed together with the physical universe, that is, that it is eternal: that is, never born. But does it seem logical to you to make all these improbable theorizations in order not to admit possible someone or something of eternal, immaterial, spiritual, creator of the universe?

The spiritual evolution, alright, but the material evolution... From a stone to a banana, from banana to monkey, from monkey to man. Judge for yourself if it is possible. 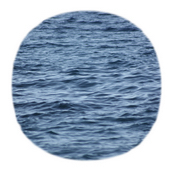